The Oracle of the Pantry Door 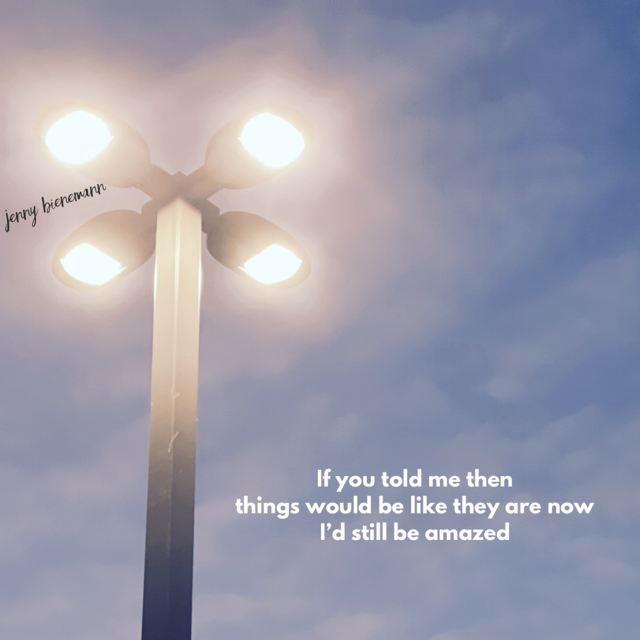 When I was little, I really wanted to know how things would turn out.

In perfect alignment with these stairs were two closets. The first one, the one closest to the front door, was for our winter coats, which could be hastily withdrawn from the closet and tossed into one of the bedrooms with the door firmly shut behind them when company came. The second closet in the hallway between the coat closet and the kitchen, directly in front of the stairs going down, was the pantry.

I was always up in the middle of the night. Sometimes I was rubbing the legs of my sleeper under the bedcovers to watch the sparks, sometimes I took off my sleeper entirely because it was too hot, sometimes I crept into my parent's bedroom to sleep in their much more comfortable bed, getting sent back to my own with a stern, if sleepy, "Jennifer. GET in your OWN. BED!"

After opening the door to the pantry many, many times in the middle of the night, I came to understand certain things.  If, for instance, the pantry door opened and closed smoothly without making any noise, it was going to be a good day.

I mentioned this to my family over dinner one time. How I had known that something was going to go wrong, because the pantry door told me.

I remember that as I said it, the eating stopped (rare in my family), the eyebrows drew together (not uncommon), and heads began shaking (a common occurrence.) Mostly though, I remember that my Dad said, "Jenny, I'm going to oil those goddamn hinges." Ha!

Fast forward.  Now I am an adult.  My friend and her two beautiful daughters came to stay with us in Door County.  It was a beautiful sunny day, and the girls and I lay down to take a nap after lunch and give their mom a little time off. It was a blissful nap.

When we woke up one of the girls said "I dreamed I was a famous singer," and the other girl said  "I dreamed about time travel," and the first sister said "Can you go to the future and see if my dream comes true?"  Kid, I thought to myself, wouldn't that be something.

Fast forward to today.  Maybe we all have our own secret forms of divination, our own Oracle of the Pantry Door, like when you keep seeing the digits of your birthday on the clock or they keep turning up on your receipts.  Maybe we never truly outgrow the desire to know how things will go.

But if you live long enough, you'll almost certainly have moments where you're thrilled that you got what you got and not what you thought you wanted. Moments that you thank your lucky stars that you couldn't have known how things would turn out.  I know I have, more than I can count.

So these days, if I catch myself wondering how different things might be if I had known then what I know now, I just think...