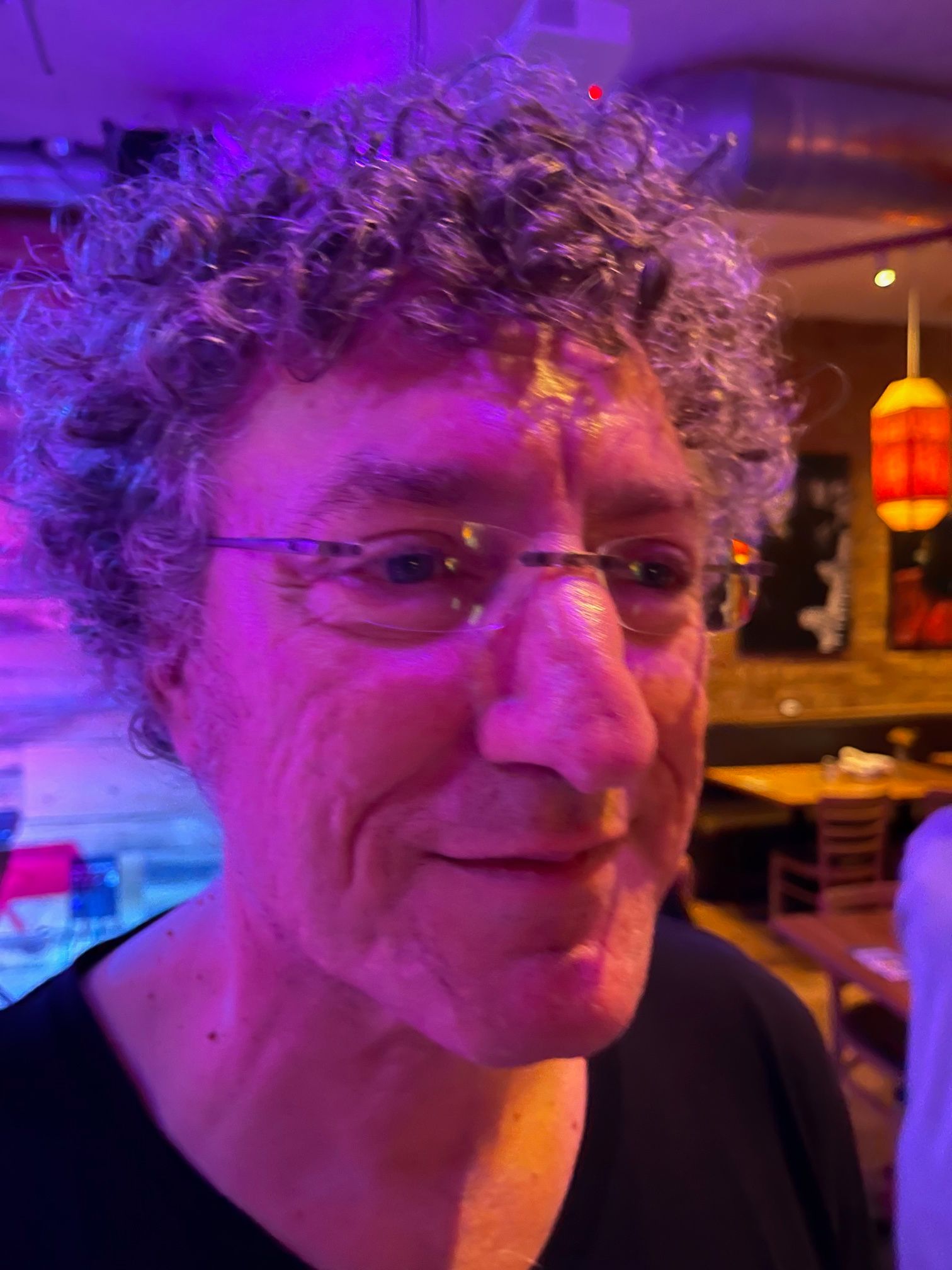 Al Rose.  Singer/songwriter extraordinaire, inveterate traveler, proprietor of Kopi Cafe alongside his beautiful spouse Rhonda, and genuine disciple of his artistic muse. Friend to artists everywhere, with a keen eye for those who could use a hand, and dear, longstanding friend to Robin and me.

Take a listen to any of his songs, and you'll see the ingenious ways his hospitality shows up in his songwriting, which is luxuriously rich and dense with image and meaning.

If you like, you can get started with these.  Here's the songs he wrote for Haiku Milieu: All of this is Yours and Start Where You Are.

Then, hear Al's songwriting reflections straight from the man himself here:  Al Rose on Songwriting.

Actually, that’s not true. I totally made those up. (With a tip of the hat to Haruki Murakami)

All songs, art, conversations, meals, landscaping and exercise need a jumping off point. An ingredient. A word. A hunger. An idea. A shadow or a spice. Some kind of muse-ignited inspiration or trickery to make a spark that gets fanned into a burning bush.

Jenny Bienemann is a merchant of inspiration. A striker of flint. A rocker of boats.  When you get an email from Jenny inviting you to empty her satchel of haiku that come in individual pouches of three lines and seventeen syllables onto your already cluttered kitchen table to sort through, the first thing you don’t think is… “Cool, soon I’ll have an easily written new song!”

No. What you say is… “Now, I have to locate my old burlap satchel of truth, rocks, melody and oily thoughts and carry it up the dark narrow winding steps of what Leonard Cohen used to call the Tower Of Song.

A while ago someone asked me where my songs “come from”.

Sometimes, but never always, it comes in a burst from behind and you have to be ready for it and recognize it with a pen in your hand.

How many songs have I missed because I was distracted or lazy or too stupid to notice a sharp line drive hit right at me? Like a decent shortstop or an excellent second baseman, you can’t afford to let many get by or you will be benched and you DO NOT WANT THE MUSE TO SIT YOU DOWN ON THE BENCH.

Sometimes the song comes fully formed before you even have one line written. Sometimes a rhythm or melody or word(s) infect you in a relentless manner for weeks or months or years and you can’t for the life of you figure out what it means and where it goes until you STOP THINKING about it and, only then, it makes sense what it means and where it goes.

I like it best when I’ve broken through and hit the part where the song is taking shape. I’m still not sure where it’s going but something interesting or fun is forming in the clay.  Then it’s like a puzzle in multi-dimensions and dynamics and I take out my box of tools and experience and try my best to construct a ditty worthy of multiple sings.

I am grateful to Jenny for her generous benevolent trickery, because it has sparked me into writing two songs that otherwise would not have existed. And she’s done the same for dozens of other writers.  That’s a big deal!”