Haiku at Twilight and One Line Just This Long 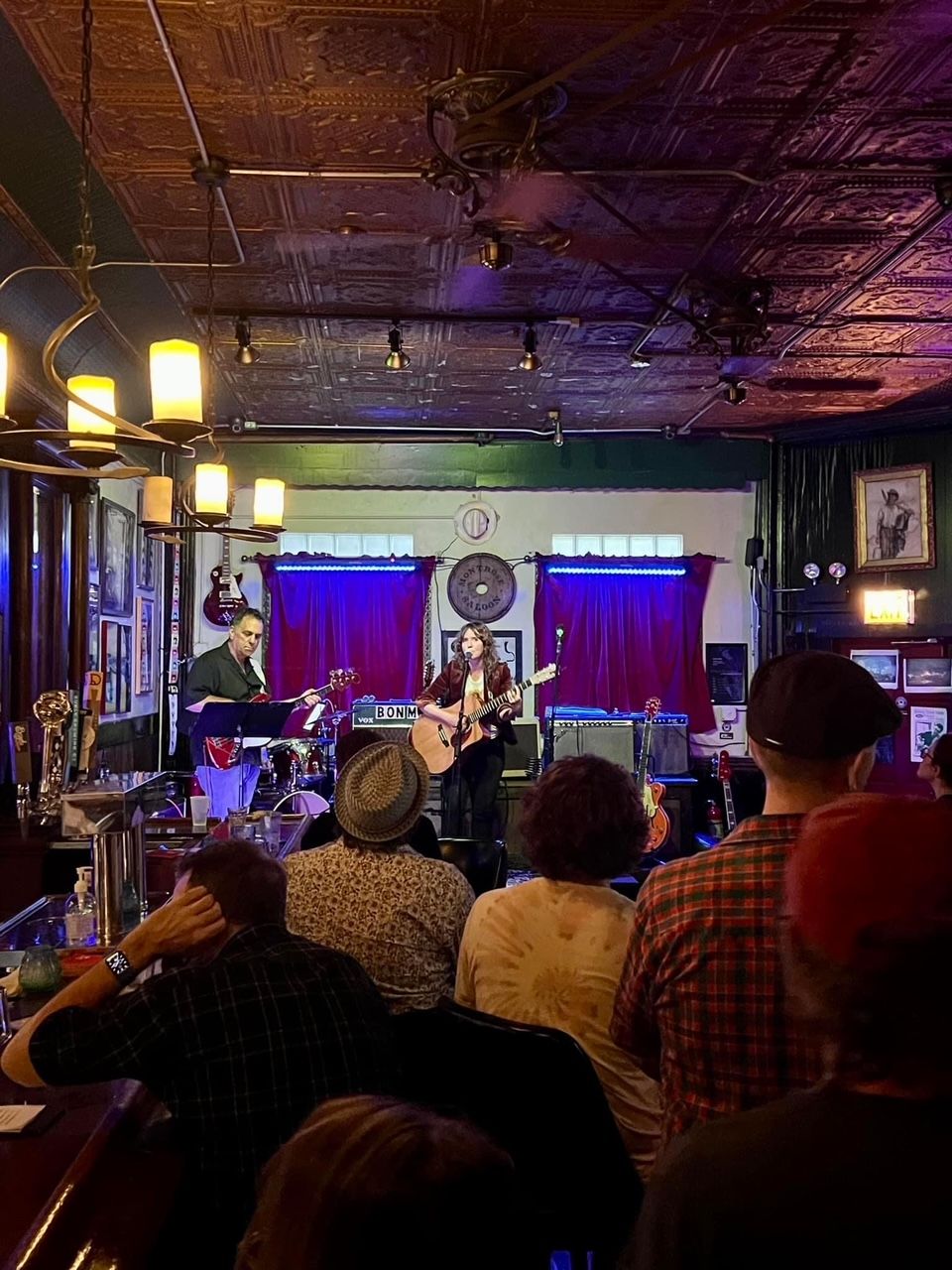 The July 28, Haiku Milieu at Twilight at Montrose Saloon was one for the record books.

For the first time ever, the songwriters were supported by a rhythm section of some of the most in-demand players in Chicago, John Abbey and Dan Leali on bass and drums respectively.

Close to the end of the night, I read from the introduction to my tiny book, RECKONING.

Just as I finished the final haiku of the poem, one of the amps started to feedback, as if the Gods of Creativity themselves wanted to share a song with the crowd!

It was a visceral reminder of the sheer power of creativity flowing through all of us, at all times.

It was an incredible night of sexy Haiku Milieu songwriters bringing the songwriting HEAT to Montrose Saloon.  We can't wait to do it again at Haiku After Dark on Friday, September 2 at FitzGerald's.  If you're in town - JOIN US!

Introduction to the tiny book,
RECKONING
by Jenny Bienemann